Skip to main content
In THE ACT OF KILLING, directed by Joshua Oppenheimer and executive produced by Errol Morris and Werner Herzog, the filmmakers expose a corrupt regime that celebrates death squad leaders as heroes. When the Indonesian government was overthrown in 1965, small-time gangster Anwar Congo and his friends went from selling movie tickets on the black market to leading death squads in the mass murder of over a million opponents of the new military dictatorship. Anwar boasts of killing hundreds with his own hands, but he's enjoyed impunity ever since, and has been celebrated by the Indonesian government as a national hero. When approached to make a film about their role in the genocide, Anwar and his friends eagerly comply—but their idea of being in a movie is not to provide reflective testimony. Instead, they re-create their real-life killings as they dance their way through musical sequences, twist arms in film noir gangster scenes, and gallop across prairies as Western cowboys. Through this filmmaking process, the moral reality of the act of killing begins to haunt Anwar and his friends with varying degrees of acknowledgment, justification and denial.
✕ ✕ 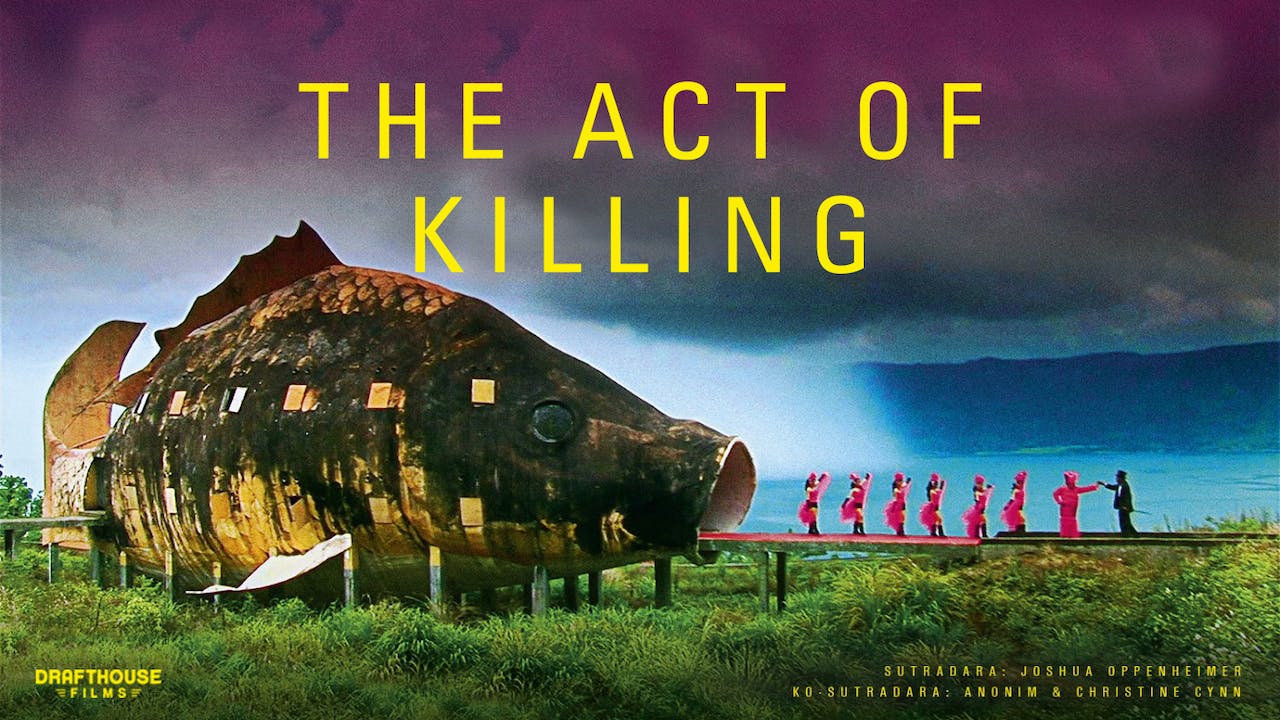 Instant Streaming and HD Downloads of the Theatrical Cut of the film and bonus content.